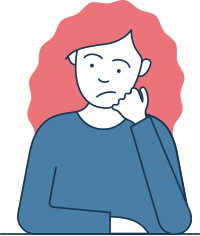 Woman challenges use of bucket as a toilet in hospital

Lorraine was detained under the Mental Health Act in hospital. When she was admitted there were no bedrooms available. The hospital were in the process of turning a meeting room into an extra bedroom for patients, and as there were no other beds available at that time in the Trust, Lorraine was admitted into this unfinished room. The meeting room had a window on the door, with no curtain, so staff (and potentially other patients) could see into her room at all times. Unlike the other bedrooms on this ward, there was no bathroom in the room, and Lorraine had continence problems which meant she needed to use the toilet throughout the night. The communal toilet for the ward in the corridor was locked during the night for safety reasons, which meant she would have to call the night staff to take her to the toilet and wait outside. The night staff were not happy about this procedure, so instead gave Lorraine a bucket to use as a toilet in her room.

Lorraine was very embarrassed about using the bucket. She found it even more distressing that she had to empty and clean the bucket herself (as she was too embarrassed to continuously ask staff to do so on her behalf), by carrying it to the communal toilet in the corridor in view of staff and patients on the ward. Lorraine had an advocate, Rajesh, supporting her. Rajesh had received training on human rights from BIHR. He recognised this as a human rights issue and raised it at the ward review with the responsible clinician and the primary nurse, using Lorraine’s right to be free from inhuman and degrading treatment (protected by Article 3 in the HRA). It hadn’t occurred to the staff until then that it was a human rights issue at all, but once Rajesh raised it as such, the staff agreed and immediately acted. They moved Lorraine to another room with a toilet (which had since become free) and didn’t use the meeting room as a bedroom again until a toilet had been installed in the room. Rajesh also wrote a letter to the modern matron about the issue, to make sure the concerns raised were on record. 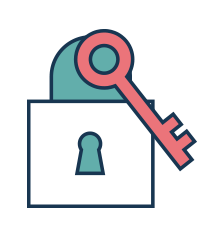 Peter wants to leave the ward to visit his sister and his friends. On the three occasions he tries to do this the nurses tell him it was not in his best interests to leave. So even though Peter was not detained and free to leave, in practice he was not able to.

Peter had access to an advocate, Rana, who had received human rights training from BIHR. After discussing the issue with Peter, Rana wrote to the hospital on his behalf flagging up concerns that this situation was breaching Peter’s right to liberty, protected by Article 5 in the Human Rights Act. Rana explained that although Peter is an informal patient, he was being treated as though the procedures for detaining him had been used. So although he should have been free to leave, he was being detained without any of the safeguards that would have been available if he was detained under the Mental Health Act. Following this Peter’s relationship with the nurses greatly improved, and he was permitted to leave when he wanted to. Peter’s mental health improved greatly, and he was discharged shortly after. 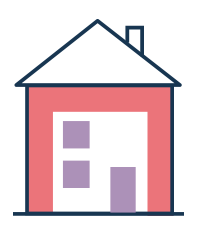 Woman with learning disabilities moved to an appropriate care setting

Gemma is in her late 40s and has a learning disability. She had previously been living with her mum but after her mum passed away, the local authority paid for Gemma to be placed in a local care home. The home was inappropriate for Gemma as it was a home for older people and didn’t provide the kind of support she needed.

The care home had a locked door, to prevent people affected by dementia from leaving without the correct support. This meant that Gemma wasn’t able to come and go from the home freely as she had previously been able to do when living with her mum. Gemma was also contributing weekly to funds for financial activities at the home, but was told by staff that she was not allowed to take part in the activities as they were not age appropriate for her.

Gemma was very distressed by living in an inappropriate setting, especially as it had happened after her mum died, and by not being able to come and go from the home as she wished. Gemma didn’t want to raise this directly with the care home so she contacted her local Healthwatch about this. Healthwatch staff had attended human rights training by the British Institute of Human Rights and recognised this as a human rights issue.

The Healthwatch staff decided to arrange a series of ‘Enter and View’ visits to five local care homes, so as not to identify Gemma directly. They talked to staff and people living in the homes about their human rights and whether they were able to come and go as they like, which is part of their right to liberty (protected by Article 5 in the Human Rights Act).

The local Healthwatch wrote a report on each home. Amongst the findings, the report uncovered that Gemma was living in an inappropriate setting. As a result, the local authority now support Gemma to live independently in her own flat where she is much happier.

Example from Healthwatch Blackburn with Darwen, a partner on BIHR’s project Care and Support: A Human Rights Approach to Advocacy 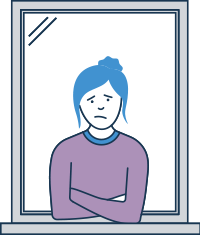 Securing extra support for woman with thoughts of ending her life

Frannie was discharged from her London mental health hospital before she felt ready. She has recurring thoughts about ending her own life and became frightened after discharge because her follow-up meeting was delayed and didn’t take place within the seven days it was supposed to.

Jean, Frannie’s advocate was concerned about the situation and spoke to the care and support team. Jean talked about Frannie’s right to life under the Human Rights Act (Article 2) and how services should be taking positive steps to protect her life because Frannie’s care and treatment team knew that she was at risk of suicide. Such steps could include ensuring Frannie had the support she needed.

Initially, the care and support team had offered Frannie a meeting with a support worker once every two weeks. After Jean had raised Frannie’s right to life, the support meetings were increased to once a week. Jean believes that the Human Rights Act made the difference in Frannie’s cases. She said “human rights are so powerful – staff do take their jobs seriously and are trying to do what’s right.” 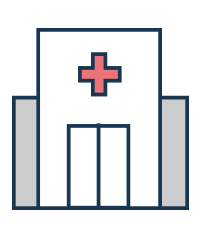 Janet was staying in hospital after a stroke. She had been a prisoner of war in Japan during World War Two, which had led to some mental health problems. Hospital staff saw Janet re-enacting experiences from her time as a POW, like washing her clothes with rocks and hanging them out to dry on the hospital fence. After some time, hospital staff wanted to move Janet to a care home, as it would be cheaper to provide care there.

Janet’s advocate, Steve, was concerned about this decision as Janet had said she wanted to return to her own home. The hospital was pushing for the care home placement because of the mental health issues Janet was displaying. However, working with Janet, Steve thought that it was being in the hospital’s institutional setting that was causing her to relive the past, and that a care home would make things worse.

Steve accessed human rights training from BIHR. During his advocacy with the hospital and local authority Steve was able to refer to Janet’s human right to respect for private life under the Human Rights Act (Article 8), which includes having a say in decisions that affect us, and protecting mental well-being. He explained how putting Janet into residential care could compromise her human rights, whereas supporting her to return home as she wanted could respect her human rights and help her recover. Following Steve’s human rights advocacy, the local authority decided it was able to support Janet’s care at home. 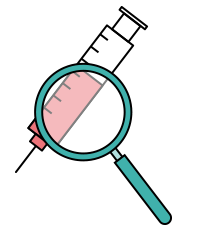 Terri is a 27 year old woman who was recently detained under the MHA following a serious episode of psychosis. Terri is now living at home and receives support from mental health services. She has regular psychiatric reviews and monthly home visits from Dan, her care coordinator. Terri continues to experience some psychotic symptoms at certain times, but has managed to maintain her health in her community.

During Dan’s visit, Terri tells him that she feels she has reached the point where her antipsychotic medication is getting in the way of her recovery. Terri’s side effects include a slowness of thought and speech which is having an impact on her part-time job where she interacts with customers. Terri also cares for her mother and is finding that the medication is making communication much more difficult. It is also preventing her from socialising with friends. She wants to stop taking the medication and see if she can maintain her mental health using the psychosocial strategies she has learnt.

Dan is aware that almost all of Terri’s previous relapses have happened shortly after she stopped taking her antipsychotic medication. Terri’s prescription is already at what her psychiatrist believes to be the minimum dose necessary to control her symptoms. Dan tells Terri that he is concerned about her wellbeing if she comes off the medication too early, but that she has the right to autonomy and to make informed decisions about her medication.

Dan arranges a review with Terri’s psychiatrist at her request and they have a meeting afterwards to consider all the options, It is agreed that Terri will stop taking the medication for a trial period of three weeks but that Dan will use a risk relapse plan and increase his visits to weekly during that time. If Terri is coping well they will then revert to monthly visits for as long as Terri feels she needs them.